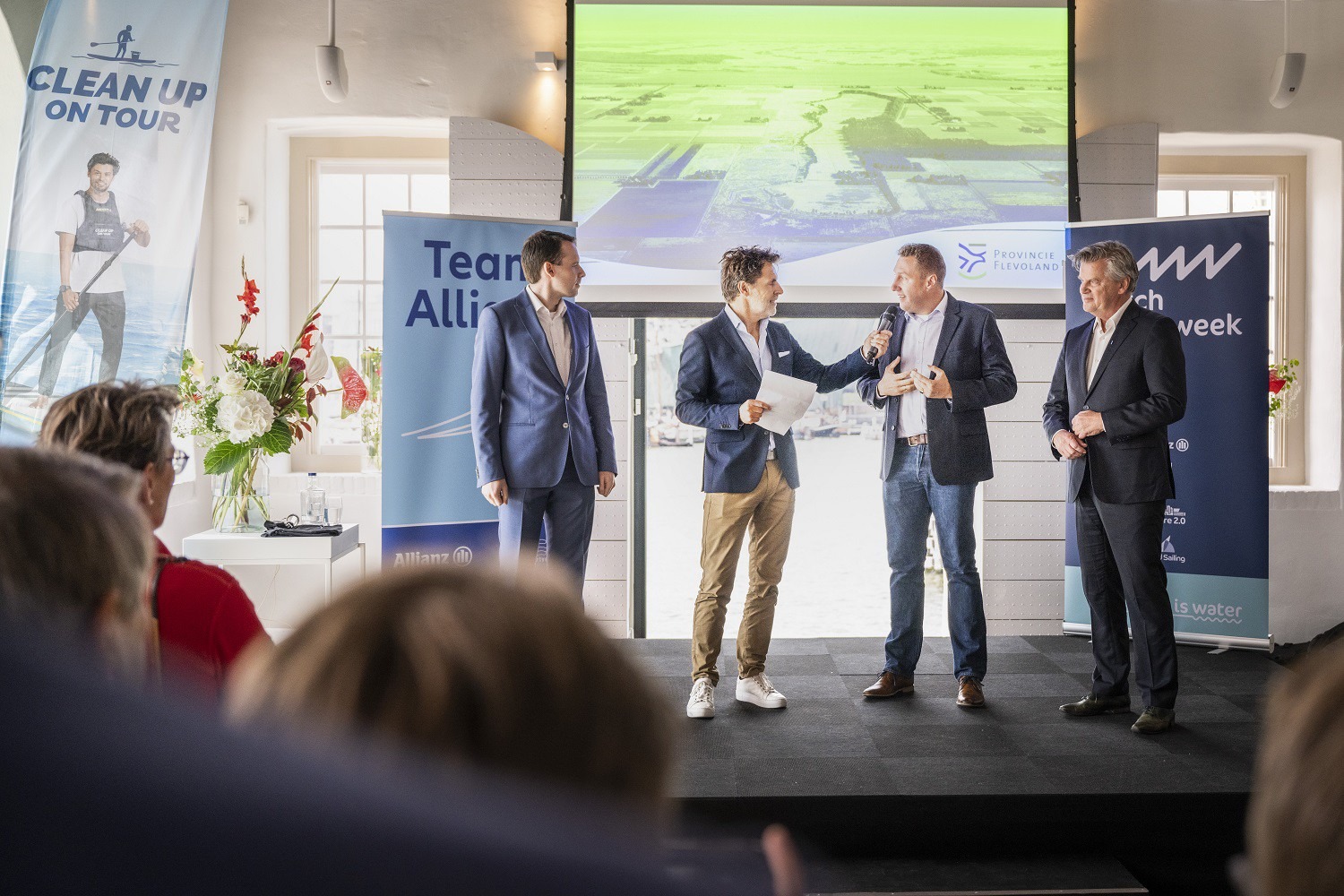 On Friday, May 27, the first edition of the Dutch Water Week, kicked off in festive fashion at the Scheepvaartmuseum, Amsterdam. The new event celebrating the full scale of water sports will take place until 5 June in the southern bowl of the IJsselmeer between Lelystad, Almere, Muiden and Amsterdam. With great interest TeamAllianz, the national selection of the Watersportverbond was also welcomed and the campaign towards the Olympics was presented.

The opening in the Scheepvaartmuseum is the official kick-off, but earlier today the first events have already started. For example, the Open Dutch Championships will be sailed in Almere as part of the Allianz Regatta and there was also plenty of sport on the water in front of the Scheepvaartmuseum during the Optimist on Tour.

Olympic champion, ambassador of Dutch Water Week and brand new mother Marit Bouwmeester, adds: “The Dutch Water Week brings everything together in one place, we can use this to profile ourselves well as a water sports country. It’s also important for us as athletes to have an event on our home water.” With that she is referring to the Allianz Regatta, part of the Hempel World Cup Series, which starts on Wednesday, June 1 in Almere.

Team Allianz must give it their all
During the opening of the Dutch Water Week the national selection of the Watersport Association, TeamAllianz, was also presented. After the Olympic Games of 2021 the national coach Jaap Zielhuis and the team started the campaign for Paris 2024. That is not without challenges, he told: “We have only three years, now two, until the Paris Games. Compared to Tokyo, a lot has changed, for example, five of the ten classes are now foiling, so we added new classes and said goodbye to a number of classes and sailors. We still have to go full throttle, but we are on schedule.”

During the Allianz Regatta almost all sailors of TeamAllianz will be in action, only the Ilca 7 sailors are not there because of a World Championship in Mexico. World champion Odile van Aanholt and bronze medal winner at the Olympics Annette Duetz will compete as a new duo in the 49erFX. They won gold at the last World Cup. Annette: “We won from the Olympic champions, among others, so that gives us confidence.”

The Allianz Regatta is sailed from two locations: Almere and Lelystad. In Lelystad, the iQFOilers and the Formula kiters will be in action. The other sailors will start from Almere. 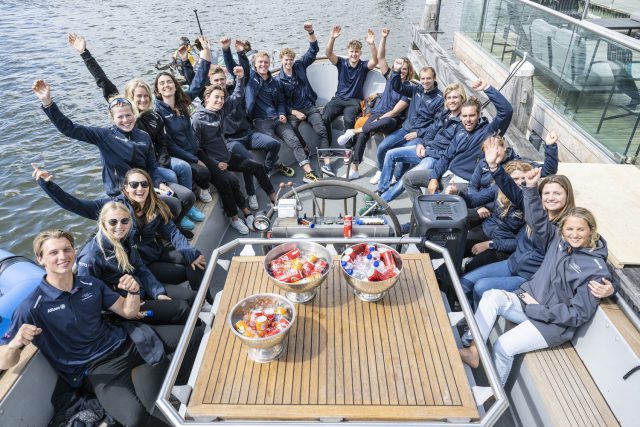 Dutch Water Week
The whole weekend and next week there is a lot to do on the water at the Scheepvaartmuseum, in Almere and Lelystad as part of Dutch Water Week. For example, the NK eFoilen is organized in Amsterdam, there are clinics catamaran sailing, windsurfing and supping in Almere and you can canoe with the Boswachter.

The Dutch Water Week will take place from Friday, May 27 to Sunday, June 5, 2022 in Flevoland, Almere and Amsterdam.